The Decline of ATMs 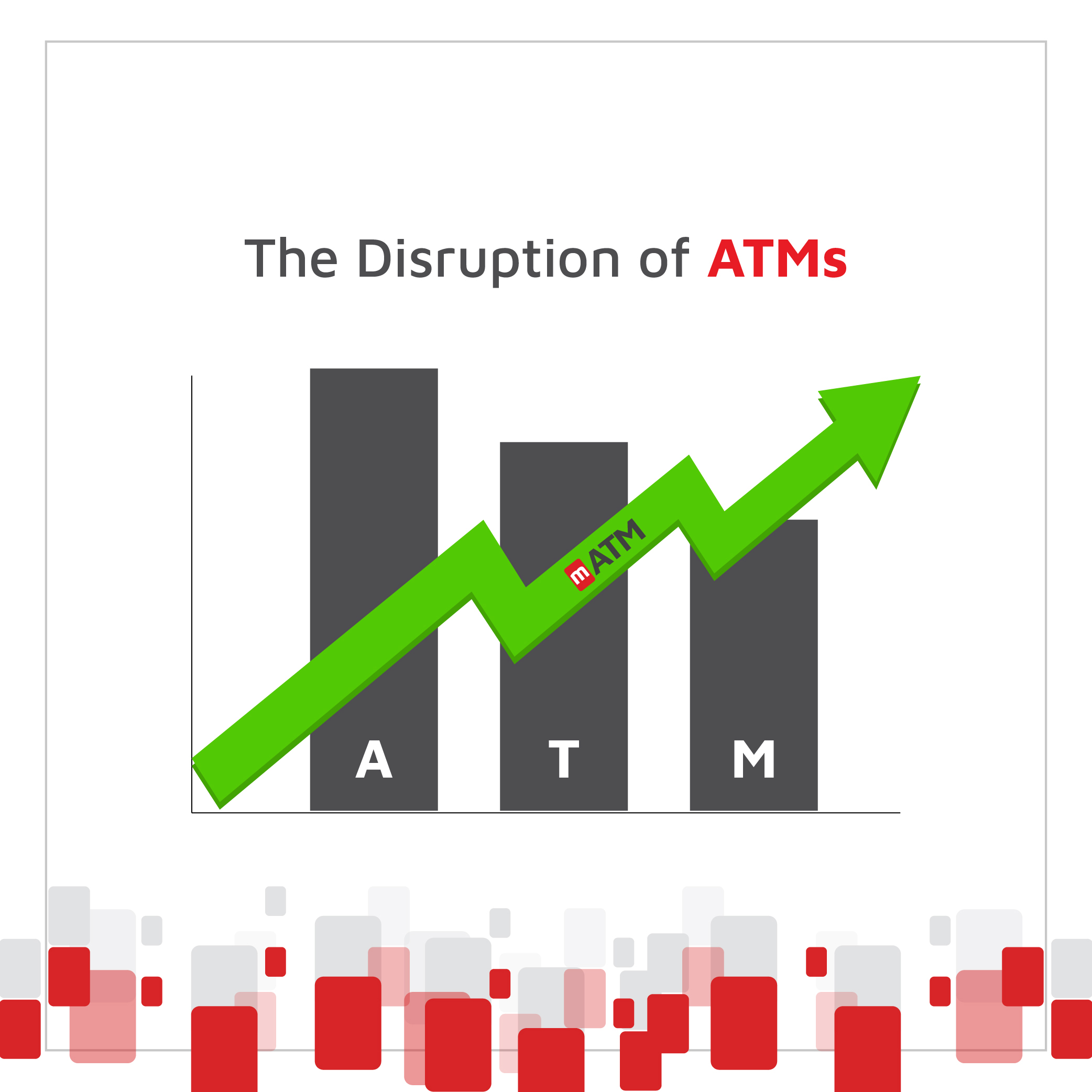 According to the International Monetary Fund, India has the fewest ATMs per 100,000 people among the BRICS nations. The stagnated growth in the number of ATMs in India cannot cope with the digital disruption in the retail banking sector. India also has one of the lowest ratios of cash withdrawal from an ATM relative to the cash in circulation, revealed the report titled “Benchmarking India’s Payment Systems”.

Even with an increasing number of transactions, ATMs are still not viable for banks. This is due to tighter regulations that make it more costly to run machines. A further decline is forecasted as operators are strained with software and equipment upgrade costs, which were mandated by the Central Bank to fortify security.

Banks have to reserve space and capital for the ATMs as most of them are situated adjacent to the bank. The ATMs take up around 2 square feet of floor space and are 4 and half feet tall. Most banks have multiple machines and hence curtail the space of the branch. The bank has to additionally look after expenses such as electricity, security, etc.

“Interchange fees are the biggest factor behind the muted growth of ATMs. They have to reflect ground reality,” said R. Gandhi, a former RBI deputy governor. “Banks are finding it cheaper to pay interchange fees to other banks rather than operating their own ATMs,” he said. They charge an interchange fee of ₹15 to the lender whose debit or credit card is used for cash withdrawals.

Operators, both banks and third parties, are in a tight spot as the fee charged is low and cannot be made higher without the approval of an industry committee. However, if they do increase the fee, it will be borne by the consumers. Even though the upper class and middle class will be unaffected by this change, the remaining population will find it unaffordable. While banks will be making it more sustainable for themselves, they will not be catering to those who need them.

In the year 2016, Prime Minister Shri Narendra Modi made 86% of the banknotes illegal. This led many people to open new bank accounts and made space for digitalization in the banking sector. It gave a boost to mobile banking and provided many opportunities for it to grow. This can be viewed as two sides of a coin as new digital payment methods such as UPI (Unified Payment Interface), mobile wallets, and net banking pose a threat to ATMs.

There is no fear of ATMs going extinct anytime soon in India as there is a government mandate as to the minimum number of ATMs across the country. Most of the ATMs are concentrated in the urban cities providing services where the demand is not high, neglecting those who need them. Data has shown that just last year, out of over 2 lakh ATMs only 35,649 branches operate in rural India. The rural population contributes to 65% of the country’s population but receives less than 20% of these services. These are those people who have to be considered for financial inclusivity.

Micro ATMs will provide banking services to those who are at the bottom of the pyramid. India’s Independent ATM deployers (IADs) installed three times the number of ATMs compared to banks, suggesting the growth is in part down to financial inclusion efforts by non-bank institutions attempting to tap consumers in rural areas.