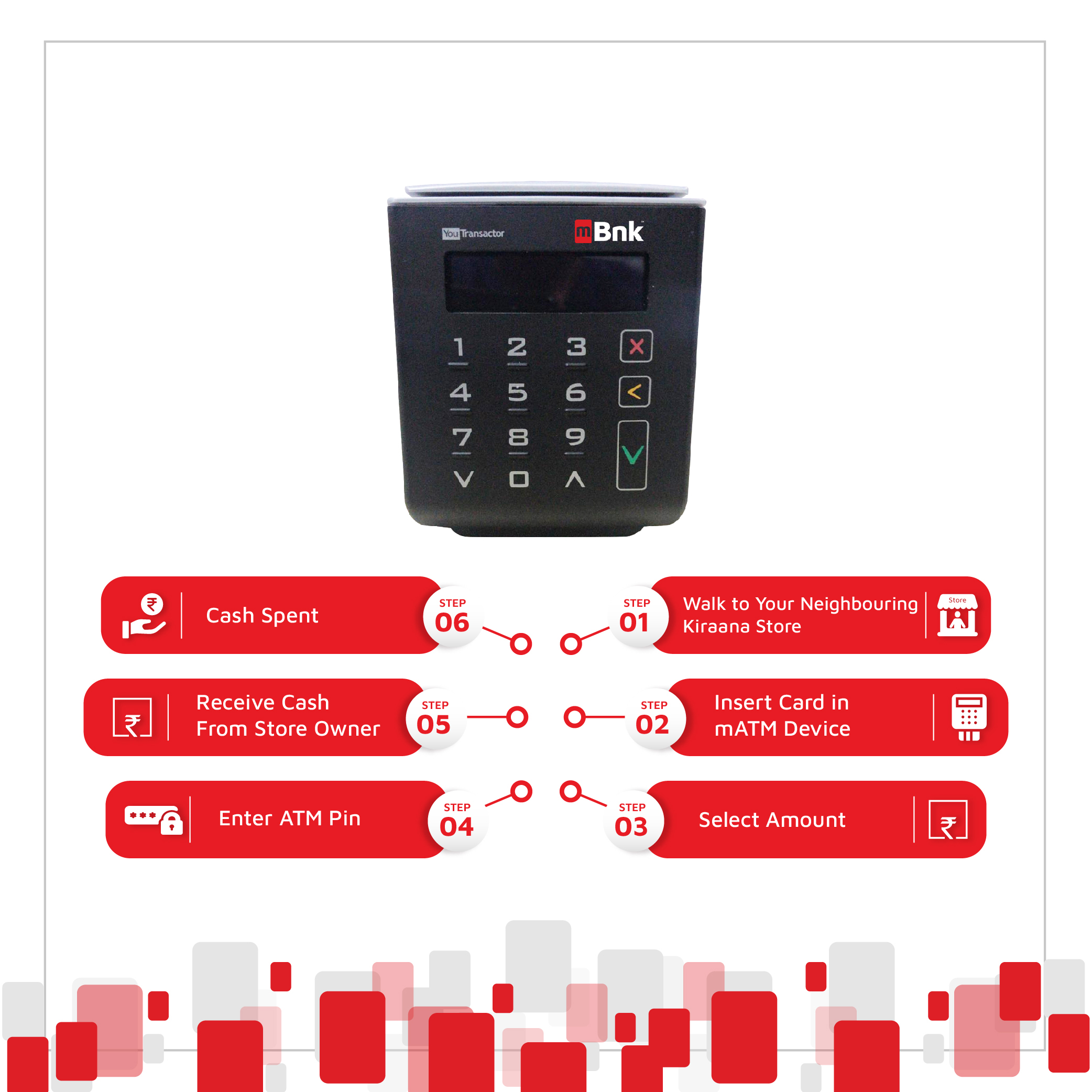 For decades now we’ve known that technology would lead to an advancement in the functioning of Human beings. While for the longest time it was only made available to urban society, due to this advancement, it is slowly seeping into the rural parts as well. The suburban and urban have to face hardships for the smallest of tasks such as daily transport. Lack of financial management is one of them. Mobile banking, net banking, ATMs all seem so common to us. For that sector, however, there are little to no options available.

In order to utilize an ATM, it is important to understand what are the steps involved in cash withdrawal from an ATM. The first step is owning a bank account. To withdraw money, the first requirement is a bank account. Prime minister Shri Narendra Modi had started a program called ‘Jan Dhan’(people’s wealth), through this initiative he has opened over 350 million accounts for the people of India. This contributed to the rise of the accounts from 53% to 80% of the population owning accounts in 5 years. On having a bank account, the holder receives a card which they can then use at an ATM to withdraw cash. The next step is to know where you can find an ATM near you. In metropolitan cities, it is much easier to find an ATM as ATMs are concentrated mostly there. However, for the rest of the population, it is a task to find an ATM next to them. On locating the ATM, the travel time is long and costly. The effort is not worth the money which will then be withdrawn. For those who have their vehicles, the travel is not as hectic. Upon reaching the ATM, there is often a queue which they will have to stand for, often for long durations. With the tropical weather in India, heat is inevitable. Standing in a queue in the heat for a long period is extremely inconvenient. Though ATMs have been proclaimed to be easy to use, for those who are not technologically savvy, it is a wearying task. In the rural and semi-urban region, people find that ATMs look intimidating due to the size of the ATM. Some people have a mental block to enter an ATM as they do not find it convenient to use. The urban population, however, appears to be more comfortable using an ATM. After using the ATM, they have to travel long distances again. This is the procedure to withdraw sums of money such as 500–1000 Rs. With rising upkeep and maintenance costs, ATMs are on a decline, making finding one even tougher.

The entire procedure can be made much more convenient with the help of mATM. The customer who wants to withdraw cash does not need to go searching for an ATM. They can just go to a Kirana (local) store with their card. Local stores are closer to their households and hence will be more accessible. Upon reaching the store they use a device known as an mATM where they enter the amount they want, after which they input their security pin. In case they face any challenges during the process, the store owner will guide them as they communicate in the same language. The store owner will then give them the desired amount and upon receiving the cash, they also receive a text showing them that the transaction has taken place. The transaction is then complete.

mATM helps solve two issues, one being an alternative to ATMs since they are on a decline. The second issue is that to use an ATM, the closest one to the neighboring vicinity is 17 sq km away in the rural and semi-urban regions. We at mBnk are trying to avail the services of an ATM within a shorter range of distance to the people of the country as most of our population is the suburban and rural population. As advancement in technology takes place, it is no longer a privilege but a necessity to help better the lives of people without any exceptions